The ladies from the Quilt Patch were at the Weyburn Public Library on Saturday, September 7th to promote their new book and to do a trunk show.  The event was well attended with approximately 45 people at it.
I remember that last time they did a trunk show here, they were very adamant:  no pictures!  NO PICTURES!  I didn't think to ask it I could take photos, so I will err on the side of better judgement and just show a few that don't show any of their creations. 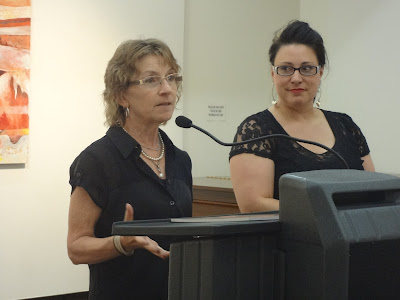 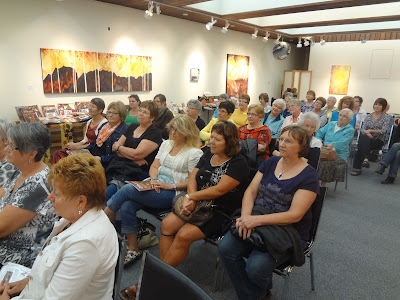 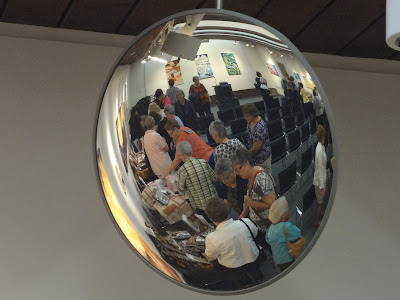 On Monday we had our first work day at the library for this quilting season.  There was a good group including Bonnie's sister-in-law who showed us what she is working on. 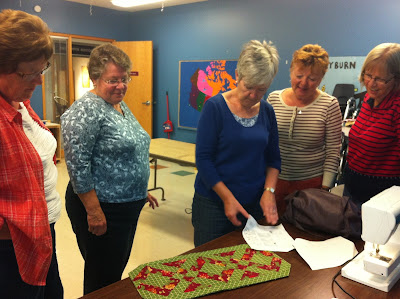 I'm blogging this at the Toronto airport waiting for a flight to PEI.  We'll be there for a week and I'll be blogging it at www.brendaswitwalking.blogspot.ca.  Follow along if you wish.  Shelley was kind enough to tell me the largest quilt store on the island is at O'Leary.  She kindly told Bob there's a potato museum there.  I was more impressed with her information than Bob was.
﻿
Posted by Brenda King at 5:11 PM