Quilts and Reindeer and Sally Ann Finds - Oh, My!

I've resolved my problem with blogspot by paying for more space to post and, with that solved, I have gone post crazy by creating two posts from the party:  this one and the following one which is our left/right game along with some photos of some of the gifts received in the game.

Our Christmas party on Tuesday, December 4th was well attended and we started the evening with a meal catered by Myrna. Yum. 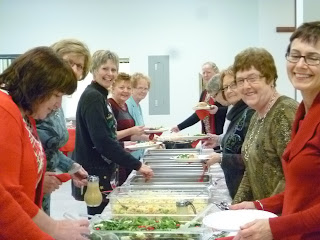 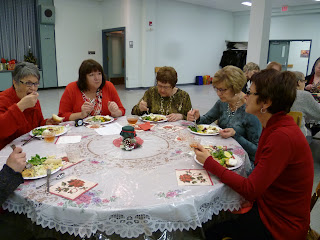 Then it was on to show and tell with Barb starting it off with the pillowcases she has made for her grandchildren.  She got the idea from Marg at last month's meeting. 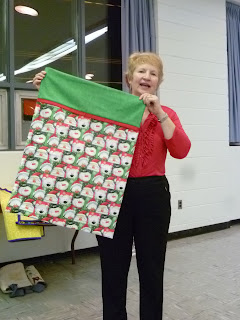 Two charity quilts, part of the number we will donate to the hospital this year, were shown. 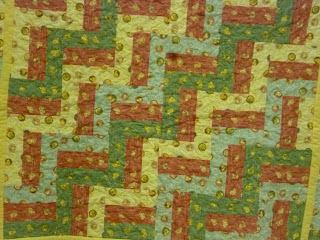 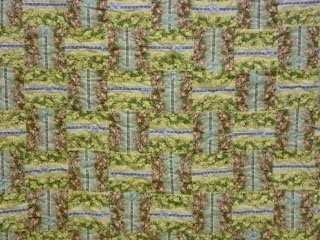 Vera showed the bag she made with the block she designed in
the Anna Hergert class. 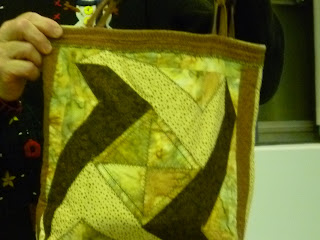 My mind is going.  I can't remember who showed the next one.
My apologies. 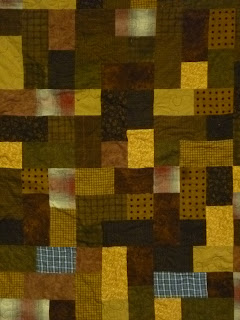 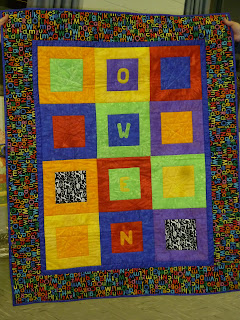 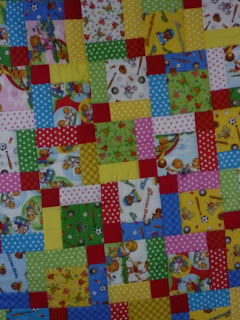 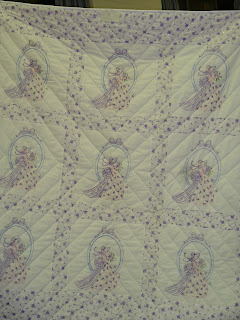 Sharynne, one of our newest members, showed that not all handiwork has to be in fabric.  Yarn works too. 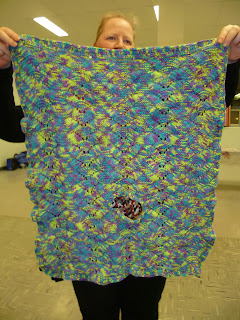 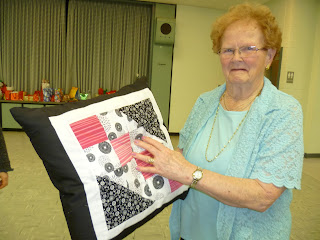 One of Marg's granddaughters is getting this for Christmas.  Marg better oil her machine as she has three more grandchildren on the way.  Lucky Marg. 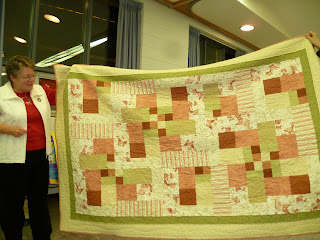 Terry Whitman, the longarm quilter from Torquay, enhanced the butterfly motif by quilting butterflies.  Just so you know, Terry does NOT smoke and she does NOT burn holes in client's quilts.  My camera has a spot I can't clean ... I hope to have a new, better camera by the next meeting. 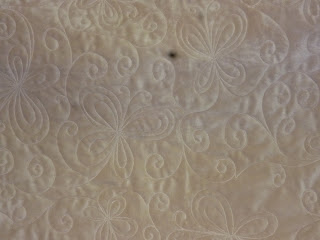 Jaynie showed this art piece and you can see a close-up of it next. 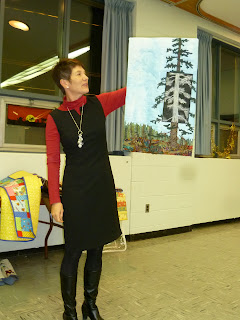 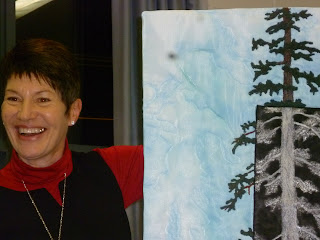 Then it was on to a crazy game where teams had to choose one member to model reindeer antlers which they created out of pantyhose and balloons.  Trust me, there was a laughter! 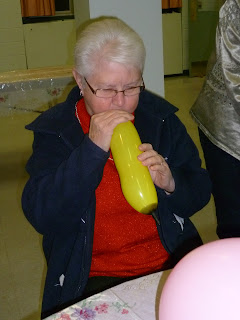 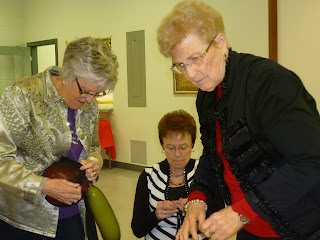 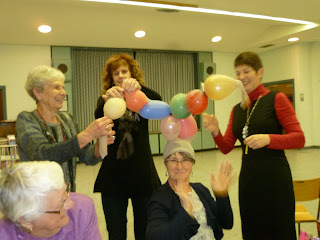 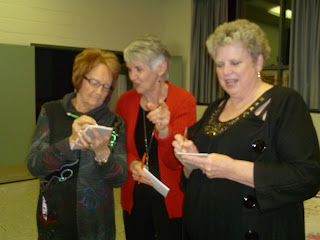 Every team was a winnter. 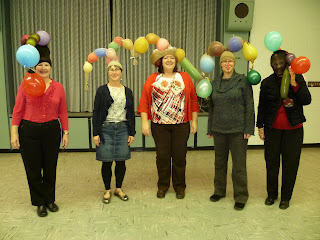 Thanks for the great evening, friends.
I mentioned at the meeting that I found a treasure at the local Salvation Army.  There was this unfinished table topper in stunning batiks. 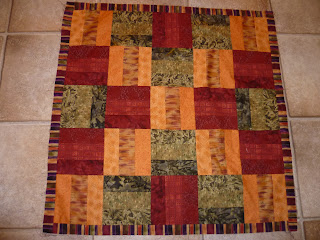 I dug some more and found this piece of batik with instructions
for creating the border. 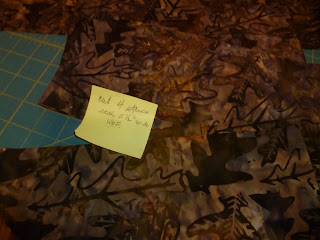 Yet more digging and the fabric to bind it surfaced. 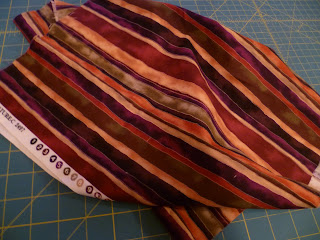