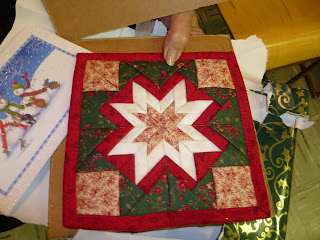 This year's Christmas gift exchange was to bring anything homemade.  That choice was very popular as everyone who attended took part and one person who wasn't even there (ahem, Yvonne) played along.  Here's the cheesy story used to play our 2012 left/right game.  You might want to read it to see whether you are mentioned.  It might be too tedious to read it straight through so I have interspersed it with photos from the fun we had with the game.

RIGHT before a guild meeting, I decided that I wanted to do something bigger than the LEFT/RIGHT game.  "I know," I said to myself, "I will WRITE a book."  Now I had promised Donna W. that I would WRITE the LEFT/RIGHT game so I realized I needed to do that too. 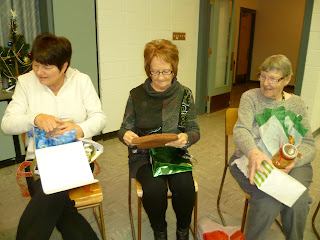 RIGHT away I realized I was too stupid to WRITE it on my own so I asked Verla, Vera, all the Barbs, and Sharilyn for help.  Soon my head was turning LEFT and RIGHT and LEFT again as their comments came from both sides.
"What if you assigned everyone in the guild a chapter and they could WRITE those for you?  Any LEFTover colors, you could do, Brenda," suggested Marion. 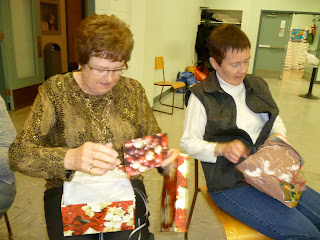 ﻿
﻿
Before everyone LEFT the last meeting I asked them to decide which colors they were interested in WRITing about.  Bonnie, Ethel, Vi, and the two Shelleys wanted blue, Dorothy, Dot, Sharynne, and Eva wanted pink while Gloria, Kathy, and Leona wanted to do a chapter on browns and beiges.  There were still lots of colors LEFT but that was all RIGHT because there were lots of guild members LEFT too. 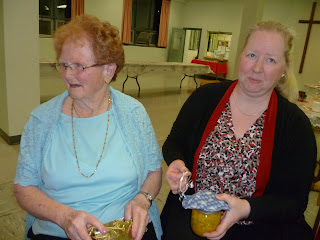 Jill, Lydia, and Marg all wanted to WRITE about yellow because they said yellow matched their cheery dispositions.  Yah, RIGHT!  I was thinking of assigning purple to Elaine, Judy, and Vickie because I was worried it would be LEFT over.  Who ever uses purple in a quilt?  It seemed RIGHT that Joanne and Marlene were willing to work together, and they chose red.  RIGHT away I wondered if one of the chapters should be on both red and purple and that maybe those colors should be taken instead by Elma, Renee, Lynne, and Darlene if they are part of the Red Hat Society. 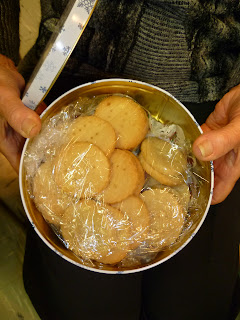 ﻿
There were still members LEFT who wanted to WRITE chapters so I had to look at the list of colors to see which ones were LEFT. 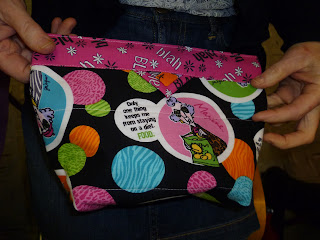 Green was still LEFT!  I couldn't believe it as it is used so much in quilts.  Once I mentioned that it was LEFT, Audrey, Esther, Yvonne, Donna L. and Adeline started squabbling about who had the RIGHT to it.  "Stop your arguing RIGHT now, ladies," I shouted above their voices.  "I'm in charge of the book and I am going to let Brenda C., Jaynie, and Rose WRITE that chapter.  The argue-ers said that wasn't RIGHT but they LEFT me to have the final say. 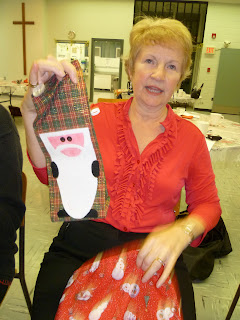 Black, white, orange, and various other colors weren't LEFT for long as Joyce, Helen, Eileen, and Elda said they would WRITE about them RIGHT after the meeting.
Our book on colors seemed to be working out until Debbie pointed out that to WRITE a book about color you needed to include information on achromatics, monochromatics, analogous colors, triadic colors, and many more. 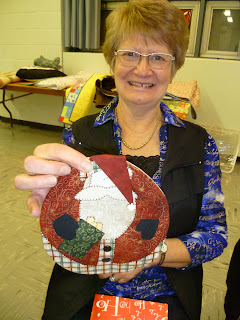 "Drat," I thought, "when it comes to WRITing a book on color I know as little about that topic as I know about the main topic of 'Fifty Shades of Gray'."  Both topics are better LEFT alone by me and the other 48 amazing women of the Crocus Quilt Guild.  Besides, we wouldn't have time LEFT to quilt or party if we wrote the book so let's just stick to WRITing LEFT/RIGHT games. 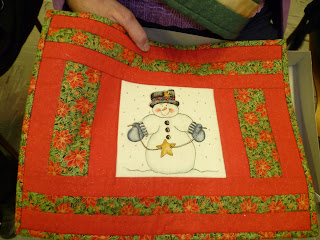